Home /Documents, News/Message from HRH Prince Frédéric I to the Mapuche nation related to the Covid-19 Pandemic
Documents,News |

In these painful and uncertain days, I would like to address all those Mapuche families and communities filled with sadness and uncertainty because of their loss of loved ones due to Covid-19. To all of you I give my sincere condolences. 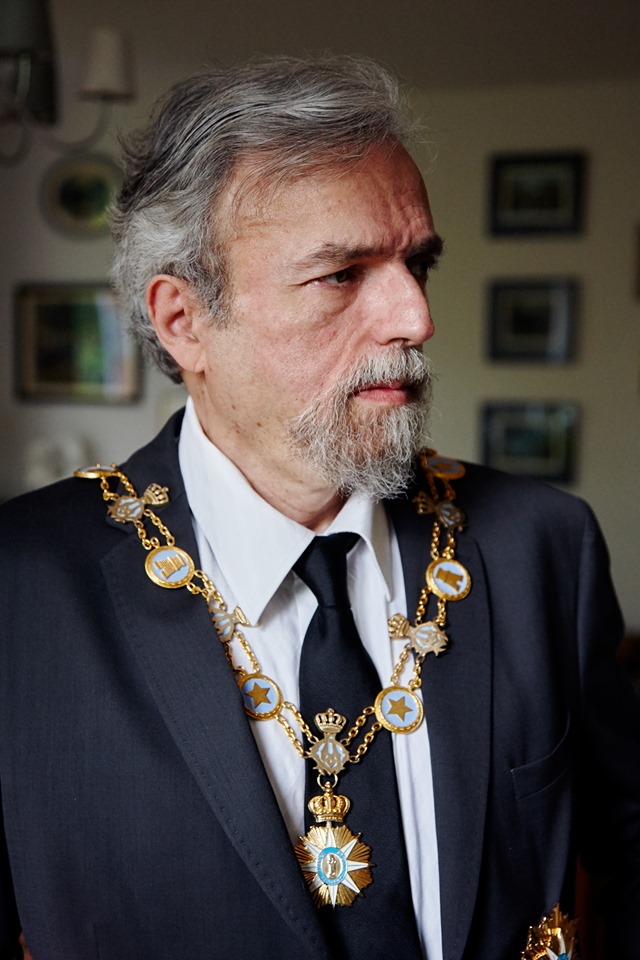 I would also like to address those who are fighting; the Mapuche political prisoners, the repressed communities, the horticulturalists (mainly women- the translator) who are prohibited by the local authority from selling their wares to the public (in Temuco – the translator); and the Mapuche-Pewenche affected by Covid-19 due to the negligence of Empresa Frutícola San Clemente Ltda. S.A. Angol (Araucania) who put profit before the health and the lives of their workers by not introducing virus prevention measures. To all I give my strongest solidarity.

In these difficult times, when the pandemic is at its peak in the Americas, there are few national health systems that can cope. This is in spite of the fact that the World Health Organization (WHO) issued an international alert about Covid-19 as early as the end of January of this year, warning the countries of the world, especially the least developed countries, such as Chile and Argentina, to put together action plans to counter the spread of the virus. We regret to say that the Chilean government lacked the necessary zeal in this matter to face such an evil pandemic.

In contrast, I welcome the efforts of Mapuche and non-Mapuche social organizations which, on their own initiative, have been informing the population, since the beginning of the pandemic, about how to avoid transmission of the virus and how to prevent contagion, following the recommendations of the WHO. We highlight in particular the Training and Research Centre for the Development of the Health of the Mapuche People, Taiñ Xemotuam, the Mapuche Association for Makewe Pelale Health, the Mapuche Health Council Lof Boyeko, among others, who on March 23 issued a document in Mapuzugun (Mapuche language) and Spanish distributing, on social networks from the Pacific to the Atlantic, information disclosing the ancestral home of the Mapuche people, which is, today, illegally occupied by Argentina and Chile.

I welcome the initiative of the social and academic organizations, language institutes and local governments in Argentina who “joined together to translate the virus prevention measures into the 16 indigenous languages existing in the country,” in accordance with the recommendations of the IASG (United Nations Inter-Institutional Support Group on Indigenous Issues), among other international human rights institutions. I regret, however, that the central government does not take humanitarian measures to alleviate the famine that affects the Wichi, Qom, Tobas communities and other indigenous peoples in the north of the country, who are without access to health programs for the prevention and cure of the virus, and that this government does not put a stop to the abuses of police power against said peoples.

In the Araucanía region, the Seremi health authorities were involved in a fiasco: Despite having outlined measures to prevent contagion, they violated their own protocols by holding a meeting. It was later found that one of the participants was infected, resulting in the quarantine of the entire health team. This incompetent action created a vacuum in the conduct of the health policy for the region, causing the communities of Temuco, Padre Las Casas and other surrounding areas to be transformed into the second most affected region in the country, after Santiago.

It is public knowledge that Covid-19 disproportionately affects economically vulnerable sectors of society, such as the Mapuche. Due to the confiscation of their territory and resources during the period of occupation that began 135 years ago, they were deliberately impoverished and consequently, face the pandemic with a greater disadvantage today. Added to this are the deficiencies of the neoliberal model, which has prioritized the privatization of public services, including the health services to the detriment of the national interest and the right of all citizens to decent health. This relegates many Covid-19 patients to abandonment and their own luck in this matter.

Also, the lack of government public policies to face the pandemic is causing chaos in the country. In addition to affecting health, this public deficit, stands in the way of food security and increasingly affects vulnerable sectors of the population, in particular due to the shortage of basic necessities. The incompetence of the current Chilean government and the shortcomings of an unjust, unequal political system that is widely questioned in the country, does not only affect the Mapuche, but the entire Chilean population. This is particularly relevant in these moments of special grief as the claims raised during the outbreak of social unrest prior to the pandemic, have not been addressed. Once again, the Mapuche flag, as a symbol of rebellion of a people that did not bow to two empires, flies throughout Chile in the demonstrations of crowds that are increasingly aware of and identify with the just demands of an ancient nation, dignified and with a history.

On March 25, the High Commissioner for Human Rights Michelle Bachelet made a call in the context of the pandemic, asking that governments “should release all prisoners detained without sufficient legal reasons, including political prisoners and other inmates who were jailed simply for expressing critical ideas or dissenting”. There is ample evidence that under the administration of Commissioner Bachelet’s own government and that of the current Chilean government, Mapuche authorities and leaders, or simply poor peasants, have been subjected to police brutality, arbitrary arrest and even killed.

On April 16, the Piñera government enacted the General Commutative Pardon Law for Covid-19 that will benefit 1,700 inmates who will be commuted from the sentence that keeps them in prison to that of house arrest. However, the Chilean president did not comment on Mapuche political prisoners who, until now, have remained exposed to the high risk of contagion due to prison overcrowding. Various Mapuche leaders have commented that the president’s attitude reflects the fact that he sees a chance to take revenge for the demands of the Mapuche-Williche which require him to return lands to them which he usurped. There are parallels here to other corrupt elements in his government, such as Mr. Rodrigo Ubilla Mackenney who, in contravention to Article 13 of the Indigenous Law, affirms possession of land belonging to the Mapuche Mariano Millahual community.

Human rights organizations have consistently denounced the sentencing of Mapuche prisoners without sufficient evidence and urge that due process be respected, for instance in relation to the case of Machi (spiritual leader) Celestino Córdoba or the recent conviction of Victor Llanquileo Pilquiman, sentenced to 21 years in prison on the basis of ‘evidence’ from dubious sources. The police are totally discredited by the numerous cases of fabrication and placing of false evidence, as was amply demonstrated in “Operation Hurricane.” In addition to the above, the Mapuche are continually subjected to racism, discrimination and inhuman and degrading treatment. All this led to a hunger strike in Angol and Temuco, a protest that has now lasted 29 days, with the health of the strikers deteriorating considerably. The insistence of relatives, authorities and Mapuche leaders to see the detainees has been unsuccessful. Until now the Chilean authorities have shown no political will to agree to the Mapuche requests bound up with the Covid-19 situation and the calls of the United Nations.

It is even sadder that the relatives cannot see their imprisoned loved ones on hunger strike due to the intransigence of the prison authorities who are not prepared to organize some method of secure and reliable communication, thus deepening the uncertainty and discomfort of the relatives, their communities and the Mapuche people in general.

In the midst of a pandemic, at a time when the population is confined, the Chilean authorities use the militarized police to raid communities, burn homes, arrest Mapuche leaders and expel families who settle in the land of their ancestors, including the Wenewen community of Collipulli, Lof Autónomo Las Cardas and Lof Adkintue de Lonquimay where homes have been burned by special police forces. Due to the inaction of the judiciary who do not provide a solution to the territorial claims of the affected communities, this situation has already been going on for too long, while the government authorities have been ignoring the demands of such communities for decades.

We will continue to closely monitor, through the Human Rights Observatory – Auspice Stella, the violation of the human rights of the Mapuche people, to transmit their complaints to the corresponding organs of the United Nations, in order for Chile and Argentina to fulfil their international commitments and adapt to international standards in this area. Just as in the past Aurelio Antonio I (the First) presented in a cohesive way the rights that form the basis of the Mapuche state before the community of nations, so will we endeavour today to present in a coordinated manner, along with other related Mapuche organizations, the aspirations that support us as an illegally occupied nation.

Frédéric I
Prince of Araucania and Patagonia.