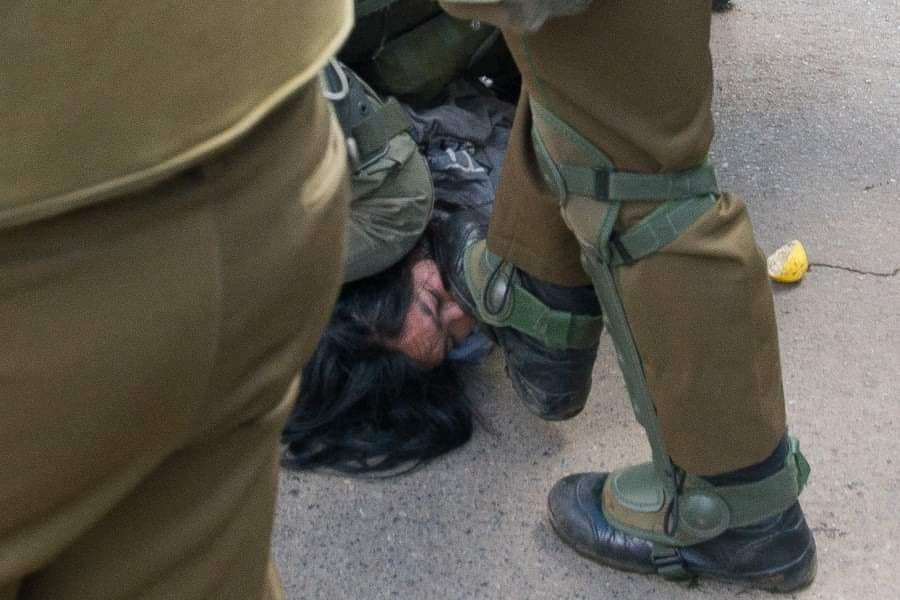 On Saturday 2nd August Mapuche Indigenous community members occupied a council building in Curacautin, Southern Chile, to protest about the inhumane conditions political prisoners are being subjected to. Later that night, an armed group of civilian vigilantes aided by local police, stormed the building and evicted them. The protesters were badly beaten and detained. The violent incident dubbed ‘Chile’s Kristallnacht’ has been condemned by right groups who are urging the UN to investigate. Many are blaming the visit of controversial newly appointed interior minister Victor Perez, for fanning the flames of local tensions when he visited the area days before the racially motivated violence began.

Criminalizing indigenous autonomy At present there is a hunger strike in four Chilean prisons in Southern Chile, the home of Indigenous Mapuche communities. Machi Celestino Cordoba, leader and healer is in a critical condition. The prisoners are accused of terrorism under the 1984 Terror Law enacted by brutal dictator Augusto Pinochet. Chile still operates under the Pinochet Constitution, a subject of contention for many Chileans. This law has effectively outlawed the struggle for the autonomy of indigenous peoples to practise their culture and live on ancestral land. Reynaldo Mariqueo from Bristol Based NGO Mapuche International Link said:

“During the Pinochet regime, landowners would hunt Mapuche leaders aided by the police. Today the same extreme right again aided by the police, under curfew with the consent of minister Varela and other local authorities, violently evicted peacefully protesting Mapuche, shouting racist insults.

The occupying protesters included families of prisoners and were there to highlight the discrimination that Mapuche political prisoners are being subjected to. The prisoners have been on hunger strike for 90 days and are in a critical condition. Most of the prisoners are being held in preventive prison because innocent before being proved guilty does not apply to the Mapuche. They are simply asking for equal treatment as stated in Article 169 of the OIT, as the government remains silent to these just demands.”

Hardline Fascism Under Sebastian Piñera, the Chilean government has been shifting further to the extreme right, illustrated by the controversial appointment last week of Victor Perez Varela.

Perez formed part of the Pinochet regime serving as Mayor and then Senator. He visited Pinochet in Virginia Waters when he was under arrest for crimes against humanity. Locals report that within hours of Varela’s arrival in the region last Saturday, the vigilantes were mobilised. The mayor of Curacautin Jorge Saquel said he was not consulted about the visit and Mister Varela made no attempt to meet local authorities. Local police were said to have aided the mob. A series of Mapuche led protests and occupations are expected to continue as unrest continues to rage in Chile’s Araucania.