Chile: election of progressive indigenous academic to oversee constitutional reform is a blow to right-wing establishment

Chile: election of progressive indigenous academic to oversee constitutional reform is a blow to right-wing establishment 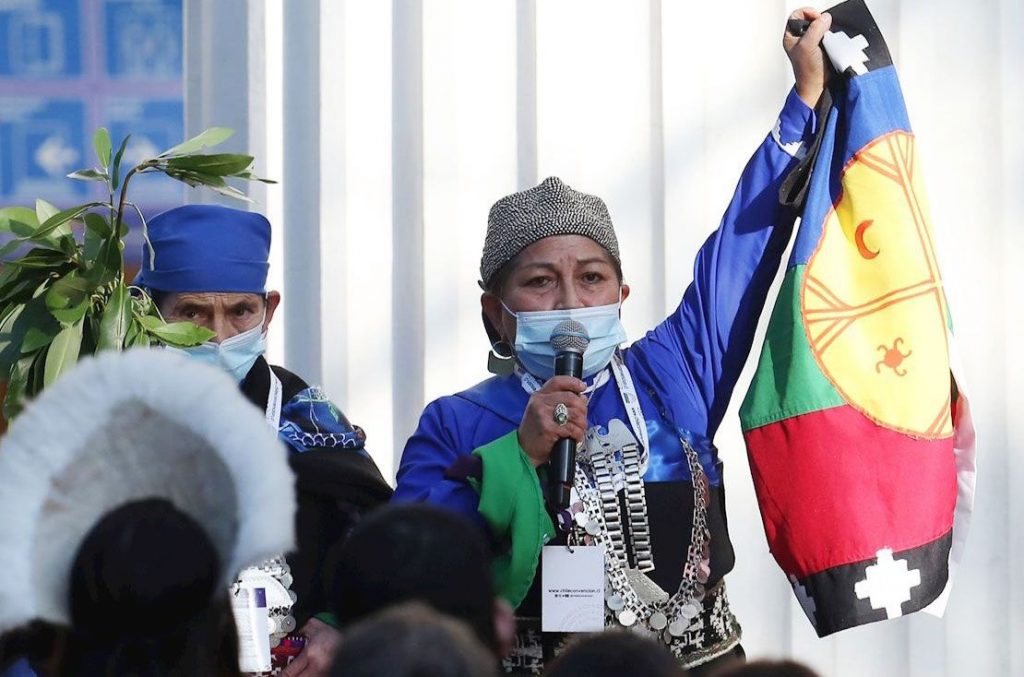 Elisa Loncon, a Mapuche academic, has been elected president of the Constitutional Convention which will rewrite Chile’s constitution. EPA-EFE/Elvis González

Elisa Loncon was voted in by delegates on July 4 after an election on May 17 returned a large majority of independent and opposition members. For many, her leadership heralds the start of a radical progressive shift in the country’s politics.

The 155-member constitutional convention will now meet to rewrite Chile’s constitution, with proposals needing a two-thirds majority to be adopted.

The decision to rewrite the constitution comes after a referendum was held in October 2020 following mass protests that began a year previously after a hike in metro fares. The transit protests developed into a mass social movement encompassing feminists, environmentalists, indigenous groups and anti-neoliberal activists calling for progressive socioeconomic change.

Protesters were unanimous about the need to overturn the repressive constitution that had been imposed in 1980 by the Chilean dictator General Augusto Pinochet.

Loncon is an academic of indigenous Mapuche descent, born into poverty, whose family has a long tradition of struggling for Mapuche autonomy and rights. Despite her humble origins, the 58-year-old academic has an educational CV that encompasses a degree in English at University of La Frontera in Chile, followed by postgraduate studies at the International Institute of Social Studies in the Hague, University of Regina (Canada) and the UAM Iztapalapa in Mexico City. She has a PhD from Leiden University in the Netherlands and a doctorate in literature from the Pontifical Catholic University of Chile.

Her election, along with the inclusion of 17 indigenous constituents into the constitutional assembly, comes at a time when tensions are high in Araucania, the ancestral territories of the Mapuche in southern Chile. Despite making up more than 12% of Chile’s population of 18.95 million, Chile’s indigenous peoples have historically been socially and politically marginalised.

The Mapuche is the only indigenous Chilean group to have never been fully subjugated – they have resisted tyranny and dispossession since the arrival of Spanish colonisers in 1536.

During the ill-fated administration of Chile’s left-wing president, Salvador Allende (1970-73), the Mapuche won some land rights and were recognised as an ethnic group. But the Pinochet regime (1973-90) reversed these rights after militarily overthrowing the Allende government, sold off ancestral lands to national and multinational companies and imposed terror laws in 1984 to suppress indigenous land recovery efforts. 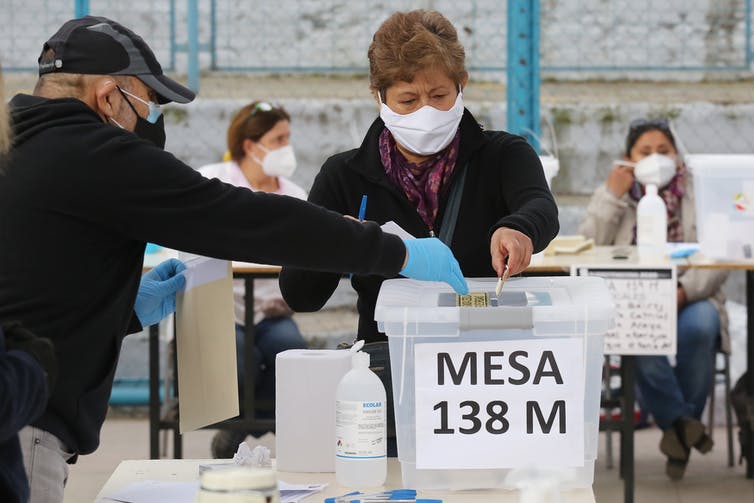 The transition to democracy after the ousting of Pinochet in 1990 did little to alter conditions for the Mapuche. Despite a gradual shift towards democracy, the neoliberal socioeconomic model imposed by Pinochet largely remained unchallenged by successive governments, including those deemed “socialist” such as the two administrations of Michelle Bachelet (2006-10 and 2014-18).

The expansion of the forestry industry in Chile’s southern regions, thanks to Pinochet era deregulation, has led to the rapid destruction of forests that provide plants vital for Mapuche medicine and are a vital source of food. Meanwhile industrial waste and hydroelectric dams have contaminated many rivers and lakes in the region.

Mapuche people trying to fight against the degradation of their lands have found themselves pitted against police acting in the interests of big business. It’s not uncommon for indigenous activists to be murdered, including environmental campaigner Macarena Valdés Muñoz, 32, who was found hanged in her home in Newen-Tranguil, 500 miles south of Santiago in 2018.

Chile is the only country in Latin America whose constitution does not even recognise the existence of its indigenous peoples. So Loncon’s appointment will be pivotal for Mapuche voices to finally be included in the delicate task of reshaping the identity of a country blighted by the years of repression under Pinochet.

In a powerful speech delivered in Chile’s capital, Santiago, after her appointment, Loncon signalled her intention to prioritise the rights of indigenous people and women:

This convention I will be presiding over will transform Chile into an intercultural Chile that does not violate the rights of women, the rights of caregivers … into a Chile that takes care of mother earth, that keeps its waters clean against all domination. A very special greeting for the Mapuche lamgnen [sisters] in Wallmapu [Araucania]. This dream is our ancestor’s dream.

That a left-wing outsider is presiding over the writing of a new constitution has stunned an ailing political elite that may finally be losing its grip on power. Marcela Cubillos, a prominent pro-Pinochet activist tweeted:

This convention has been installed with clear dominance of the Communist party and the Frente Amplio (Broad Front). We hope that the rule of law is respected, and the brakes are put on this attempt to overpower (it), that will be the focus. This will not be easy.

With only 38 of the 155 seats in the Constitutional Convention, Cubillos and her hard-line conservative allies will find themselves relatively powerless in the face of an overwhelming majority on the constitutional convention of progressives: grassroots activists, feminists, LGBTQ+ representatives and indigenous peoples.

Delegates have signalled their intention to address topics such as water and property rights, central bank independence and labour practices. After nearly five decades progressive change may finally be achievable in Chile.