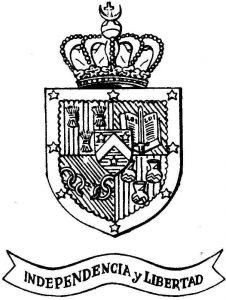 March 24, 2018, as previously announced, the Regency Council met to review and discuss the eight nominations it had received to the throne, vacant since the death of Prince Antoine IV which occurred on 19 December 2017. Given the importance of the issue, members of the Regency Council travelled from the United States, Sweden, Switzerland, Belgium and England make the journey. The quality of the applications of all the candidates made this an extremely difficult decision and it was only after several hours of discussion that the new Prince was appointed by secret ballot.

In front of a large audience, among whom were a Mapuche delegation from Puerto Montt, Chile, led by Mapuche Williche, Mrs Teresa Paillahueque Miranda, professor and consultant who came specially to witness the advent of the new Prince, the Chairman of the Council of the Kingdom, Daniel Werba announced the vote which resulted in the election of Mr. Frédéric Luz.

After pronouncing the oath on the constitution of the Kingdom, the President officially declared Frédéric Luz, Prince of Araucania and Patagonia as Frederick I.

The ceremony was followed by a gala dinner, at which speeches were made by Daniel Morrison, President of the North American Araucanian Royalist Society, Domingo Paine and Reynaldo Mariqueo, both Mapuche members of the Regency Council and especially Teresa Paillahueque, who thanked the Kingdom for their actions for the Mapuche people and made a strong appeal for increased support of their continued struggle for autonomy and self-determination, as the repression in Chile and Argentina continues to intensify despite official promises that are consistently broken.

It is to her continued resistance, Teresa Paillahueque was awarded the medal of Weychafe pu Mapuche (Medal of the Mapuche warrior), by Prince Frederick I who had thus completed his first official act.