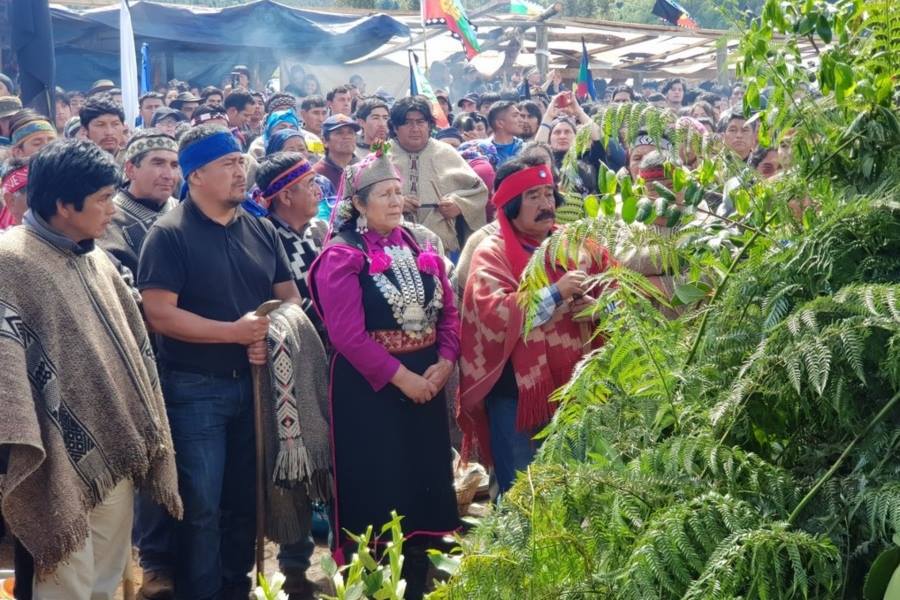 Chilean military police shot and killed 24 year old man, Camilo Catrillanca in the Araucanía region of Chile. The incident occurred on November the 14th in Temucuicui.

Camilo Catrillanca was the grandson of a Mapuche authority and was also a student leader. He was a father to one child, his wife is expecting. He was returning home from work in his tractor accompanied by a 15 year old boy when the incident occurred. There are reports that the boy was arrested and tortured by the Chilean military police on that day.

They are a branch of the military police that were formed and trained in Colombia under the Bachelet administration. There are reports of routine abuse, torture and raids on local Mapuche communities where women and children reside, under the guise of the terrorism law, introduced during the Pinochet dictatorship.

Reynaldo Mariqueo from Mapuche International Link said ‘The death of Camilo takes place in the context of the “low intensity war” promoted by the current Chilean president against the Mapuche people, Camilo is one of the many Mapuche youths killed by the police since the return of democracy to the country. The police are rarely punished for their crimes and the Mapuches see it as an occupation force of their territory, while the Chilean justice acts as an accomplice to their crimes, because it rarely delivers justice for the Mapuche. However, the death of Camilo has caused a huge rejection in the country and not only by the Mapuches, but of the common Chilean and the social movements. Demonstrations of condemnation for the murder occurred in the main Chilean cities and also in Europe.’

Human rights protesters will congregate outside the British Museum on November 20th at 9:00 am to greet the visiting Piñera government delegation.

Mapuche International Link has noted that several journalists have failed to fact check and have published in their articles that the Mapuche have been involved in setting fire to trucks and arson attacks when these are simply allegations and in most cases turn out to be untrue. We would urge news sites to check facts as we have been a target of false reporting, further endangering the safety of our communities.

For more on the Mapuche situation in Chile: